I’ve never been the biggest fan of horses if I’m honest. I think it has something to do with falling off one and breaking the fall with my face a few years ago. So when I was invited to come along and meet Joey, the puppet from War Horse, I was skeptical to say the very least. But as I’m always on the hunt for new experiences, off I went yesterday morning to Montecasino. Media and friends gathered outside the Teatro in anticipation. With snacks and bubbly flowing, we mingled in the early morning sunlight until we heard the music blasting through the air, and we finally got to meet the War Horse puppet, Joey.

Through the piazza we heard the clip-clopping of his hooves and around the corner we spotted this beautiful creature. I know he’s a puppet, okay. I know. But I admit that I happily forgot this in my excitement of seeing him in person, he just came to life and I was lost in the momentum of everything that encompasses Joey. The crowds were amazed at his charm, natural acting and sheer magnificence.

‘The Horse at War: 1914 – 1918’ will be on show at The Lightbox from 25 November 2014 – 1 March 2015. For further information please visit www.thelightbox.org.uk. War Horse is about the journey of a young colt named Joey. He is bought from an auction by a family with a young boy named Albert. Albert cares for Joey and trains him to work on the farm. Suddenly, England declares war with Germany and enters WorldWar I. Albert's father sells Joey to the British to become part of the cavalry.

The story recounts the experiences of Joey, a horse purchased by the Army for service in France during World War I and the attempts of young Albert, his previous owner, to bring him safely home. The War Horse book bench is one of 50 London-connected book benches scattered around London in the summer of 2014. Moved on November 29, 2014. Desert Star Horse Rescue, Silver Spur Saddle Club shows. Percy Warner Equestrian Park, River Edge Farm Horse Rescue. Assistant to trainer November 2012 to April 2014 Wilmington. 12 Cavalry Manual on the Training of HORSE and RIDER. War Horse Movie.

Meeting Joey from War Horse makes you realise that he is more than a puppet. He is run by 3 actors, 2 underneath his body who operate his limbs and tail, and 1 actor operates his head, controlling his facial expressions and movements. To see this horse up close and in person is something very, very special. 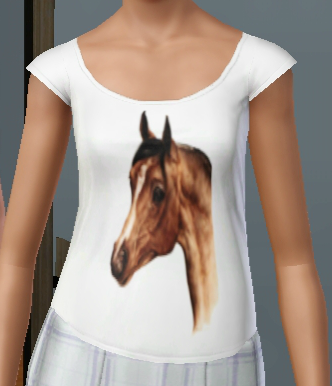 War Horse is the powerful story of a young boy called Albert and his beloved horse, Joey, who has been requisitioned to fight for the British in World War I. Caught in enemy crossfire, Joey ends up serving on both sides during the war before landing in No Man’s Land, while Albert, not old enough to enlist, embarks on a treacherous mission to find his horse and bring him home. A remarkable tale of courage, loyalty and friendship, War Horse features groundbreaking puppetry work by South Africa’s Handspring Puppet Company, which brings breathing and galloping horses to life on stage.

War Horse will be presented in South Africa by Pieter Toerien, Rand Merchant Bank (RMB) and The National Theatre of Great Britain, in association with Handspring Puppet Company. The production has been seen by over 5 million people worldwide since its opening at the National Theatre in 2007. During its successful run on Broadway, it received five Tony Awards, plus a special Tony Award for Handspring Puppet Company.

War Horse will be showing at Montecasino from 22 October 2014 – book tickets here.