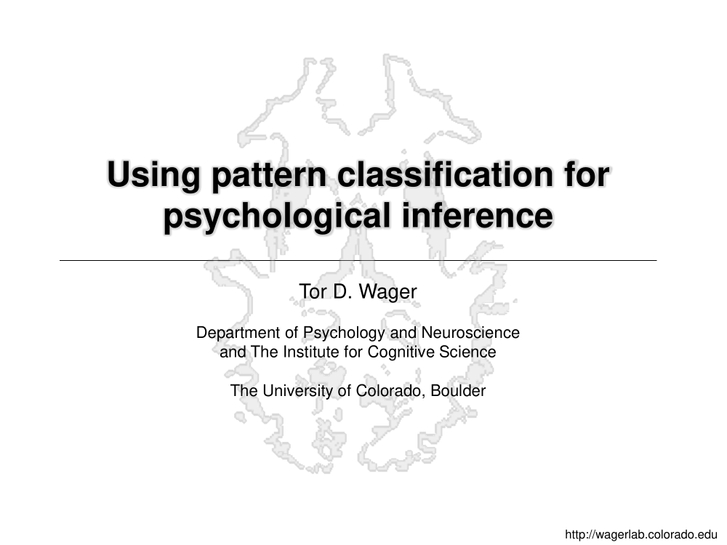 Chapter 1 endnote 48, from How Emotions are Made: The Secret Life of the Brain by Lisa Feldman Barrett.
Some context is:

My collaborators and I applied pattern classification to our meta-analysis of brain-imaging studies of emotion.

We investigate the use of Nonnegative Representation (NR) for pattern classification. The idea is that given a query sample y, it should be the nonnegative coefficients over the homogeneous samples (i.e., samples from the same class with y) that determine the class label of y. Constraining the coding coefficients to be nonnegative can automatically boost the.

Here’s how our pattern-classification experiment worked (greatly simplified),[1] followed by a description of a common, essentialist problem in other studies.

In the end, we had a highly trained classifier that had produced a statistical pattern for each emotion category. We correctly classified the maps into one of five emotion categories — fear, anger, disgust, sadness, or happiness — with 66% accuracy (43-86% across categories). So far so good.

Now, the next step is where the problem lies in many pattern classification studies. Some scientists look at the statistical pattern for one emotion category, such as happiness, and say, “Eureka, we have found a neural signature: the elusive biological essence of happiness!' Various studies have made these claims as if their pattern classification study had discovered a 'signature,' 'fingerprint,' or 'biomarker' for an emotion category.[2][3][4][5]

A 'happiness' pattern produced by a classifier is a statistical summary of the huge variety found in everyone's happy maps. It is not the brain state for happiness, nor the neural fingerprint for happiness. It's more like a sophisticated mathematical average.

When you compute the “distinct statistical picture of brain activity” for happiness, any given map is not necessarily similar to that picture. The two might have a lot in common, or a little bit in common, or even nothing at all! All we know is that a map which is diagnosed as coming from a study of 'happiness' is mathematically closer to the “happy” classifier than to any other classifier that was built from emotion maps in the database. In fact, each study's “happy map” could be entirely distinct from everyone else’s. This is true for every emotion (and every mental category) ever studied with pattern classification. 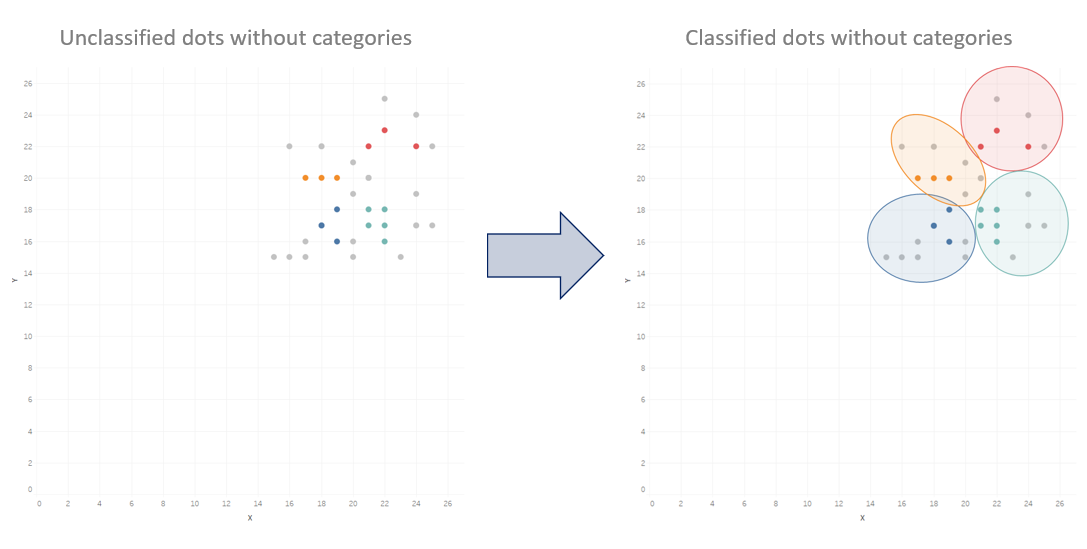 By analogy, let’s think about animals rather than emotions. Suppose you had 148,000 photos of animals, you tabulated all their physical features, and you created a classifier to distinguish between dogs, cats, birds, guinea pigs and fish. You'd end up with five distinct, statistical pictures representing a dog, a cat, a bird, a guinea pig and a fish. The classifier for a dog is in no way an 'essence' of a dog — Darwin would be horrified — but a statistical summary of the vast variety of dogs out there and how they differ, on average, from cats, birds, guinea pigs and fish. It's Darwin's idea of population thinking: a species is a population of individuals who vary from one another and who have no essence, but you can summarize a species in statistical terms.[7] Classification allows you to predict (or diagnose) the category of an animal, not compute the animal’s essence. Likewise for emotions: for a given map, a classifier tells you which groups of maps it is most similar to (relative to some other groups), but the sum total of all that computation is neither the brain state for an emotion nor an essence of emotion.

Pattern classification approaches have also been applied to autonomic nervous system physiology and facial actions, with the same misunderstanding.[8][9][10]

Notes on the Notes

Retrieved from 'http://how-emotions-are-made.com/w/index.php?title=Pattern_classification&oldid=7336'
Comments are closed.