Chris Stapleton will be releasing his brand new record 'From A Room: Volume 1' on May 5th. Tour: All American Road Show - Tour support throughout the tour includes: Brothers Osborne, Lucie Silvas, Anderson East, Brent Cobb and Margo Price.TRAVELLER#7 SPS Album of 2016 (all music)(SPS - Sales plus Streams)#1 SPS Country Album of 2016#1 Country Vinyl album of. 'From A Room: Volume 1' is the forthcoming sophomore studio album from American Country musician Chris Stapleton, slated to be released on May 5th, 2017 by Mercury Records Nashville & Universal Music. Volume 2 is going to be released later this year.

NO PURCHASE OR PAYMENT NECESSARY TO ENTER OR WIN, NOR WILL A PURCHASE IMPROVE ONE’S CHANCES OF WINNING 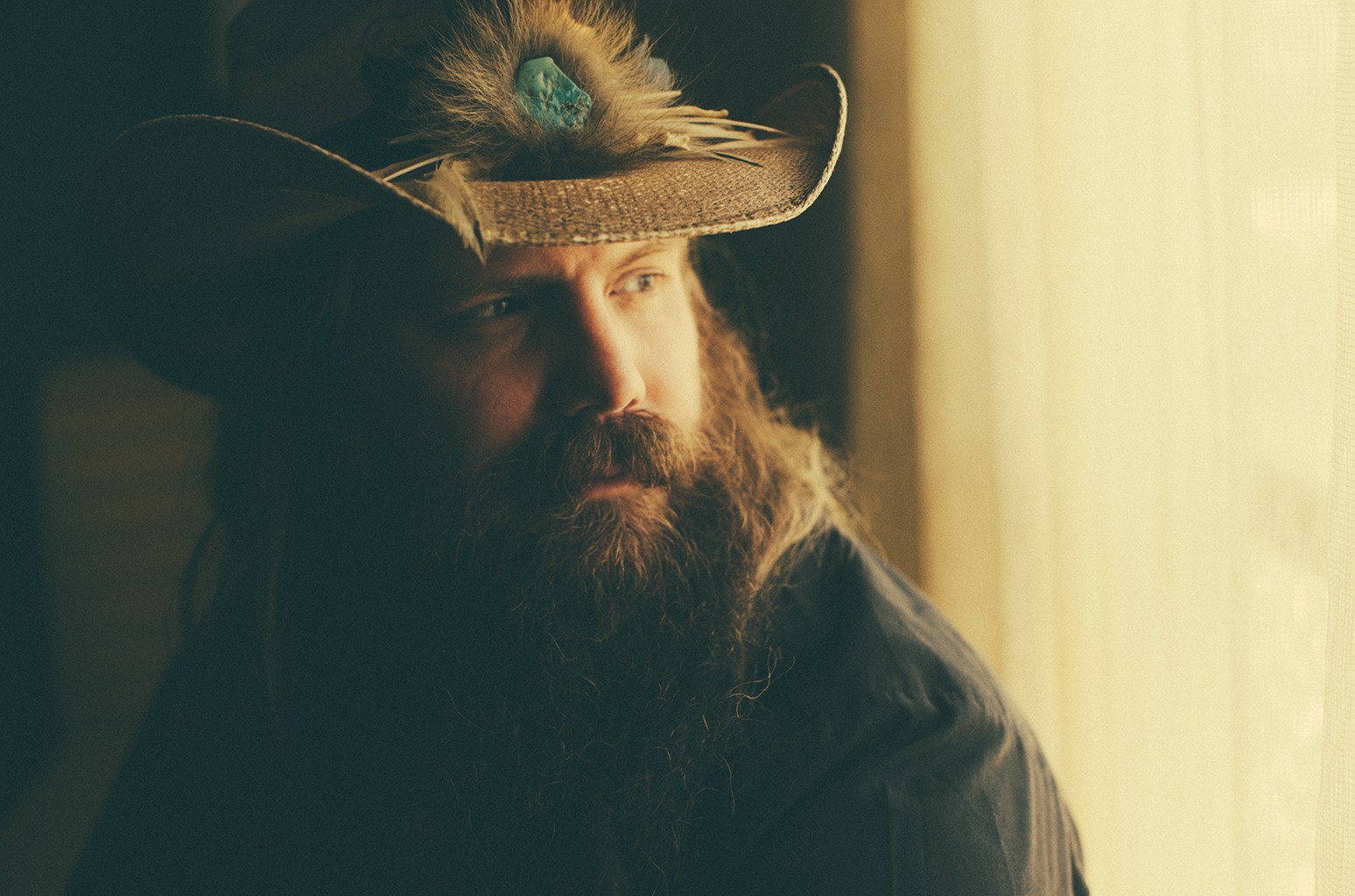 SPONSOR: Sound Like Nashville, Suite 140, Nashville, TN 37219, is solely responsible for all aspects of the Chris Stapleton “From A Room: Volume 1” Bundle (“Sweepstakes”). 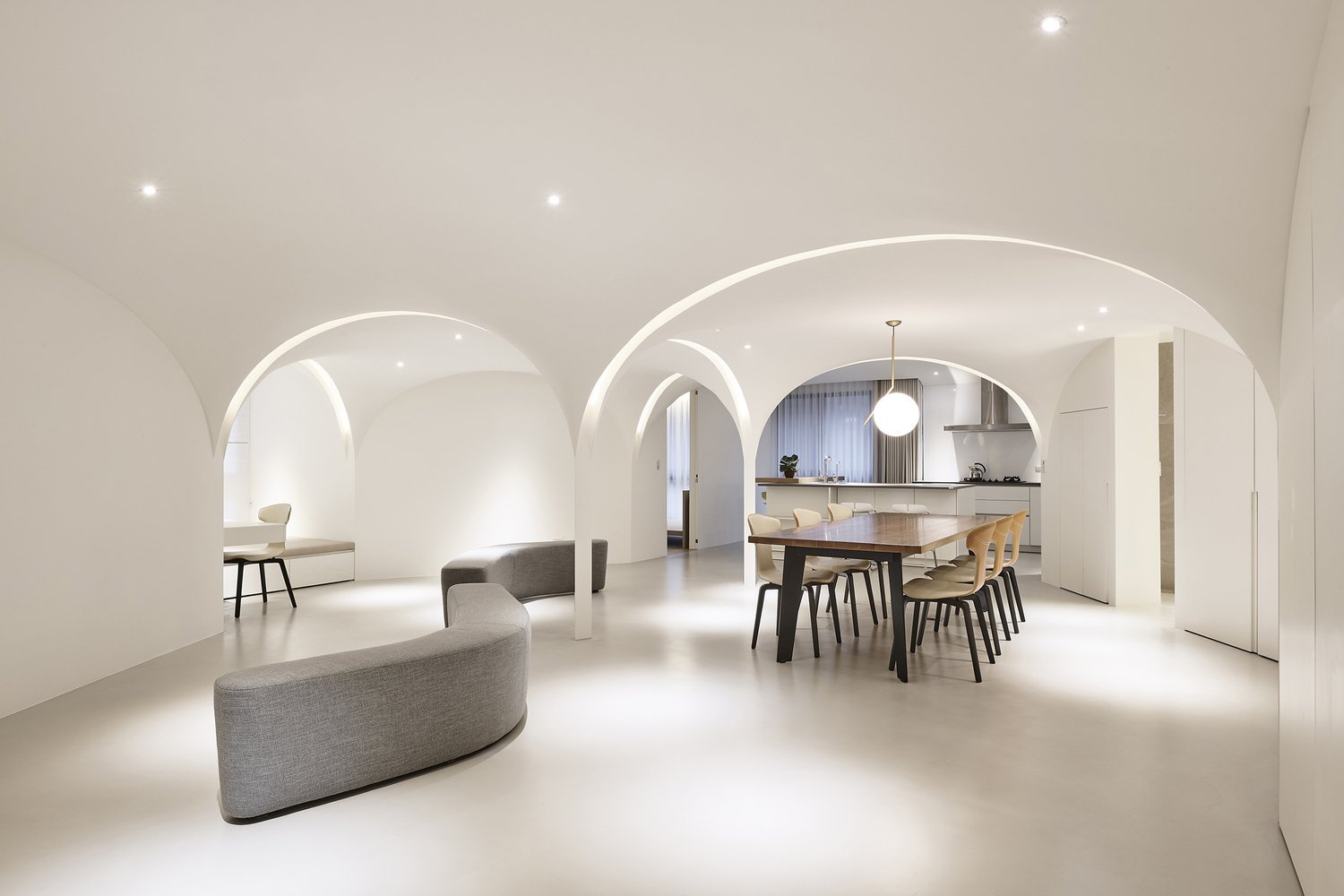 ENTRY: You may enter this Sweepstakes during the period beginning at 07:00 A.M. 04/15/17, and ending at 11:59:59 P.M., 04/21/17 (“Entry Period”). For purposes of these Official Rules (“Rules”), all times and days are Central Time. You may enter by visiting www.soundslikenashville.com, complete registration form. After doing so, you are officially entered into the pool of eligible entrants.

LIMITATIONS: All Entries must be received by 11:59:59 P.M. 04/21/17. One entry per person via official email address via submission form. In event of a dispute regarding the identity of the person submitting an Entry, the Entry will be deemed to be submitted by the person in whose name the Account is registered. Entries by any method other than set forth above in Section 2 are void. Any use of automated or programmed methods of effecting Entry is prohibited. Open only to persons 13+ or older upon entering who are legal residents of, and physically located within, the 48 states or D.C. (collectively, “Territory”) and not employees of Sponsor; its parent, subsidiary, affiliated or successor companies; or the advertising, promotional or fulfillment agencies of any of them (individually and collectively, “Entities”); nor members of their households or immediate families. Neither the Entities, nor any of their officers, directors, shareholders, employees, agents or representatives (individually and collectively, “Releasees”) are responsible for Entries from persons residing, or physically located, outside the Territory; Entries that are altered, delayed, deleted, destroyed, forged, fraudulent, improperly accessed, inaccurate, incomplete, interrupted, irregular in any way, late, lost, misdirected, multiple, non-delivered, stolen, tampered with, unauthorized, unintelligible or otherwise not in compliance with these Rules; or for lost, interrupted or unavailable satellite, network, server, Internet Service Provider, Website or other connections; telephone or cell phone availability or accessibility; miscommunications; failed computer, satellite, telephone or cable transmissions, lines or technical failure; jumbled, corrupted, scrambled, delayed or misdirected transmissions; computer hardware or software or text message malfunctions, failures, technical errors or difficulties; unauthorized human intervention; traffic congestion; undeliverable emails resulting from any form of active or passive email filtering; insufficient space in entrant’s email account to receive email; or other errors of any kind, whether due to electronic, human, mechanical, printing, production or technical errors or other causes; even if caused by the negligence of any of the Releasees. Each of such potential Entries will be disqualified and any attempt by a person to use multiple Accounts to register more than once may result in disqualification at Sponsor’s sole discretion. Void where prohibited or restricted by law and subject to all applicable federal, state, local and municipal laws and regulations.

PRIZES: One (1) Grand Prize consisting of Chris Stapleton From A Room: Volume 1 CD, LP vinyl and T-Shirt Bundle [Approximate Retail Value (“ARV”): $49.99]. Any depiction of prizes is for illustrative purposes only. Prizes ARE NOT redeemable for cash or transferable. No substitution allowed. Sponsor will not replace any lost or stolen prizes. The prize cannot be used in conjunction with any other promotion or offer. Prize elements may not be separated. Only the number of prizes stated in the Rules is available to be won. All prizes will be awarded provided a sufficient number of eligible Entries are received and prizes validly claimed by May 9, 2017, after which no alternate winners will be selected, nor unclaimed prizes awarded. 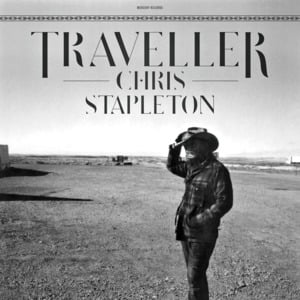 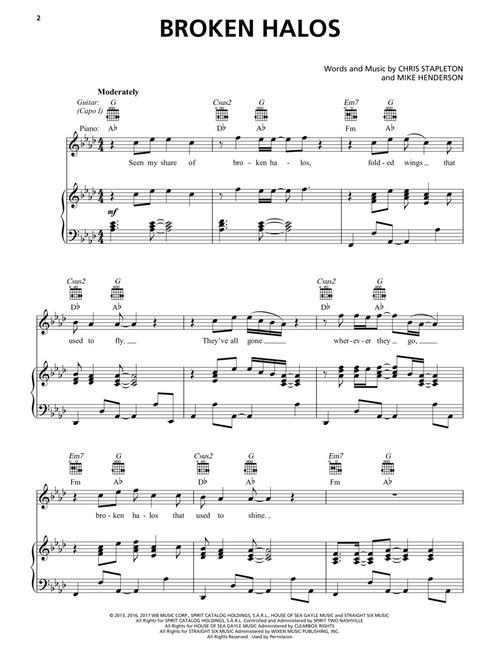 From A Room Volume 2

From A Room Volume 1 Vinyl

From A Room Volume 1 Album

CONDITIONS: By entering this Sweepstakes, you agree, represent and warrant that: [1] you will be bound by the Rules and the Sponsor’s decisions, which shall be final in all respects; [2] the Entry becomes solely the Sponsor’s property and will not be returned; [3] you release and hold harmless the Releasees from any and all liability for claims, injuries, losses or damages of any kind, including without limitation, death and bodily injury, resulting, in whole or in part, directly or indirectly, from the awarding, delivery, acceptance, use, misuse, possession, loss or misdirection of any prize; participation in the Sweepstakes or any Sweepstakes-related activity or travel or from any interaction with, or downloading of, computer Sweepstakes information; [4] the prizes are awarded “AS IS” and WITHOUT WARRANTY OF ANY KIND, express or implied, (including, without limitation, any implied warranty of merchantability or fitness for a particular purpose); [5] any winner’s acceptance of any prize constitutes the grant to Sponsor and assigns of an unconditional right to use that winner’s name, address (city and state only), voice, likeness, photograph, biographical and prize information and/or statements about the Sweepstakes for any programming, publicity, advertising and promotional purposes without additional compensation, except where prohibited by law; [6] in the event viruses, bugs, unauthorized human intervention, Acts of God, acts or regulations of any governmental or supra-national authority, war, national emergency, accident, fire, riot, strikes, lock-outs, industrial disputes, acts of terrorism or other matters beyond the Sponsor’s reasonable control, corrupt, prevent or impair the administration, security, fairness or proper play of the Sweepstakes, so that it cannot be conducted as originally planned, Sponsor has the right, in its sole discretion, to modify the Rules or to cancel, modify, terminate or suspend the Sweepstakes; and in such event, to select winners by such method as Sponsor in its sole discretion shall consider equitable; [7] the Releasees are not responsible for typographical or other errors in the offer or administration of this Sweepstakes, including but not limited to: errors in the advertising, Rules, selection and announcement of the winner and distribution of the prizes; [8]any portion of any prize not accepted or used by any winner will be forfeited; [9]the Releasees are not responsible for any inability of any winner to accept or use any prize (or any portion thereof) for any reason; [10] the Sponsor has the right, at any time and at its sole discretion, to disqualify any individual it suspects to be doing any of the following: (a) tampering or attempting to tamper with the entry process or the operation of the Sweepstakes; (b) violating the Rules;(c)violating the terms of service, privacy policy or other terms, conditions of use and/or general rules or guidelines of any Sweepstakes property or service;(d)acting in an unsportsmanlike or disruptive manner, or with intent to annoy, abuse, threaten or harass any other person or (e) for any other good cause as determined solely by the Sponsor; [11] all disputes, claims and causes of action at law or in equity (individually, “Claim”) arising out of or relating to this Sweepstakes, the meaning or interpretation of the Rules or any prize awarded shall be resolved by applying the laws of California, without regard to conflict of laws provisions therein, and shall be solely and exclusively brought in the state or federal courts within that state and [12] Sponsor has the right to modify prize award procedures at its sole discretion. Sponsor and their respective subsidiaries, affiliates, successors, assigns; and each of all of the foregoing entities’ respective officers, directors, owners, shareholders, members, managers, partners, principals, employees, artists, agents and representatives (individually and collectively “Released Parties”) shall not be liable for any injury, damage, loss, expense, accident, delay, inconvenience, or other irregularity that may be caused or contributed to (i) by any wrongful, negligent, or unauthorized act or omission of any third party; or (ii) by any cause, condition, or event beyond the control of the Released Parties, including, without limitation, any act of God, war, terrorism, riot, hurricane or fire. BY ENTERING THE SWEEPSTAKES, ENTRANT FULLY AND UNCONDITIONALLY RELEASES, DISCHARGES AND HOLDS HARMLESS EACH RELEASED PARTY FROM AND AGAINST ANY AND ALL CLAIMS, COSTS, EXPENSES, ATTORNEY’S FEES, DAMAGES AND OTHER LIABILITIES ARISING OUT OF OR RELATING TO ENTRANT’S PARTICIPATION IN THIS SWEEPSTAKES AND SWEEPSTAKES-RELATEDACTIVITIES (SUCH AS ACCEPTANCE, POSSESSION, USE OR MISUSE OF ANY PRIZE), INCLUDING,WITHOUT LIMITATION, DEMANDS, CLAIMS AND CAUSES OF ACTION FOR BREACH OF CONTRACT, NEGLIGENCE, BODILY INJURY (INCLUDING DEATH), PROPERTY DAMAGE, LOSS OF BUSINESS, LOSS OF WAGES AND/OR EARNINGS, LOSS OF CONSORTIUM, CONSEQUENTIAL DAMAGES, PUNITIVE DAMAGES AND ALL OTHER FORMS OF CLAIMS, LIABILITIES AND DAMAGES.

From A Room Volume 1 Lyrics