Fender Collection 2 for iOS brings seven of Fender's dream machines - some of the most toneful and genre-defining amps from the dawn of rock and beyond - to AmpliTube for iOS, providing spot-on recreations of the sought after '57 Custom series including: '57 Custom Champ®, '57 Custom Deluxe™, '57 Custom Twin-Amp™, and the '57 Custom Pro. Guitar and bass collection for AmpliTube. The Fender® Collection for iPhone, iPod touch and iPad is a full-featured Fender-tone guitar rig, which you can hold in the palm of your hands. Now you can dial in your favorite Fender guitar amp and effects sounds for.

The latest plug-in for IK Multimedia’s AmpliTube modeling software goes after a handful of iconic tweed and blackface tones from the golden era Fender amps. Included are models of tweed versions of the Deluxe, Champ, Pro, Twin, Bassman, Bandmaster, and a blackface Super Reverb. Getting up and running is rather easy: I just plugged straight into my interface, fired up AmpliTube, and away I went.

A hallmark of tweed amps is how important the guitar’s volume knob is to the equation. It can move from a glassy funk tone to old-school Stones rather quickly if set up correctly. I wore out the Layla album, so I headed straight for the ’57 Custom Champ. The immediate response and feel was there, and the reaction with the single volume knob on the Champ allowed for rather believable tones.

As I maxed out the virtual Champ’s volume, there was plenty of grind and I found myself reaching for the volume knob on my guitar more than I had expected. I went for the “Derek Trucks” setting on the Super Reverb (treble all the way up) and that biting, but not piercing, tone was there. Just a heads up: There is a bit of a learning curve in decoding the ins and outs of the AmpliTube software, but once you get past that you access a stash of holy grail amps that require way less maintenance than the originals. 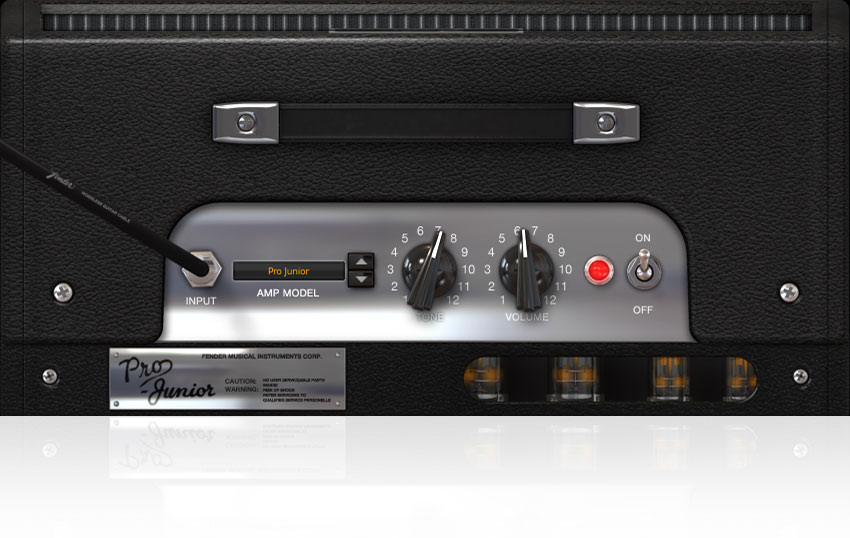 more... Gear • Reviews • Fender • IK Multimedia • Recording • Software • Sound SamplesFeel like plugging your Strat into a ’65 Deluxe Reverb? How about a Les Paul into a ’59 Bassman, Vibro King Custom or a ’57 Deluxe? Ok, let’s try a Tele…no….a lap steel through a Pro Junior with a Vibratone 1x10' Rotary Speaker, a ’63 Reverb and some classic Tape Echo. Well, you supply the guitar and IK Multimedia will supply the AmpliTube Fender Software Amp and FX Suite.
Well known for their Stomp I/O hardware and AmpliTube line of software products, IK Multimedia worked directly with Fender to develop a collection of 45 pieces of gear that includes 12 classic amps, 12 matching cabinets, 9 microphones, 6 stomp effects and 6 rack effects. It works on both PC and Mac in standalone mode or as a VST/RTAS or AU plug-in.
Lay it Down 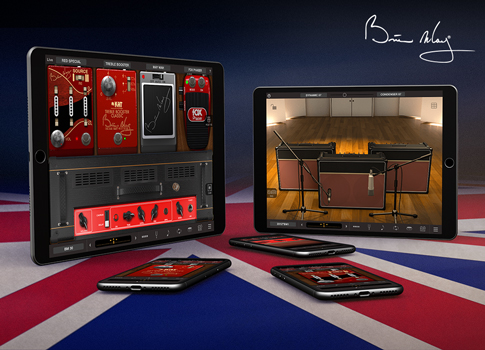 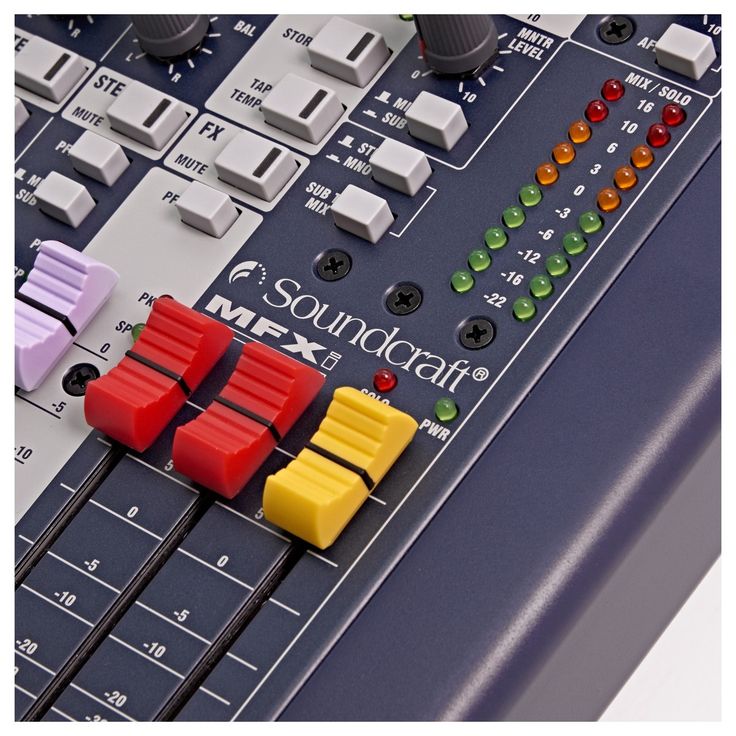 The software’s layout is like all other AmpliTube offerings, so I’ll skip the background basics. The main focus is on the presets and the five separate modules: Tuner, Stomp, Amp, Cab and Rack. Selecting either a preset or a specific module will then fill the GUI screen for tweaking.
As a player, I appreciate the small, permanent tuner window at the bottom of the screen that lets you tune even while viewing various modules. Also, the Speed Trainer is very cool for loading in a song or loop and just practicing with. It helps get you warmed up and ready to rip in no time at all.
Pieces of the Puzzle
Let’s start with the amp models. The ’59 Bassman is presented like you’re looking down at the top—a nice touch. You’ve got the classic Presence, Middle, Bass, Treble and Volume knobs, along with an Amp Model window for easy amp scrolling.
The ’65 Twin is viewed face forward and the ’57 Deluxe is viewed face up (can you beat just having a Tone and Inst Vol knob?). There’s a ’65 Deluxe Reverb, ’64 Vibroverb Custom, a Super Sonic and Vibro-King Custom, all viewed traditionally. The Champion 600 is viewed face down with just a Volume knob, and the Pro Junior is the same with just Tone and Volume. The HM 500 Metalhead, Bassman 300 PRO and TBP-1 Bass Preamp (designed around Fender’s passive tone stack) are also included, and were models I had never actually seen before.
The wide array of cabinet choices, which can be mixed and matched with any amp and mic, include the ’59 Bassman 4x10', a ’65 Twin Reverb 2x12', ’57 Deluxe 1x12', ’65 Deluxe Reverb 1x12', ’64 Vibroverb 1x15', Vibro-King 3x10', Champion 600 1x6',Super-Sonic 1x12', and Pro Junior1x10', all open back. Also inlcuded is an MH-412SL 4x12' closed back, Fender Vibratone 1x10' rotary speaker, and the 810 and 810 Pro 8x10' front ported cabinets with controls for thehigh-frequency horn driver.
There are some cool mics in this collection as well. My favorite is the smoothness of the Velo-8, based on the Groove Tubes Velo-8. You can also select the MD1b-FET, based on the Groove Tubes model, The Condenser 84 (Neumann KM84), a Condenser 87 (Neumann U87), Condenser 414 (AKG C414), Dynamic 57 (classic Shure SM57), Dynamic 421 (Sennheiser MD421), Dynamic 441 (Sennheiser MD441) and a Ribbon 160 (Beyerdynamic M160).
The six Stomp Pedals, which can be placed freely on the “wooden” floor of the Stomp section, include a ’63 Fender Reverb, Fender Blender (germanium fuzz), Fender Phaser (with a cool Blue/Red rate illumination), Fender Fuzz Wah, Fender Tape Echo, and Volume pedal.
The six Rack effects include Compressor, Pitch Shift, Sine Flange, Tape Echo, Triangle Chorus and Wah—all based on a Fender Cyber-Twin SE effects.
Fire it Up
I first plugged in a Fender Vintage Classic ‘50s Strat model with Don Mare pickups. AmpliTube Fender defaults to the ’65 Twin Reverb and I was immediately struck by the sound. It was warm yet crisp, and I was especially impressed by the reverb modeling (certainly one of the best I’ve heard).
I checked all five positions on the Strat and accordingly dialed in different sounds to match. A tough thing to model is that magic “sponginess” achieved when digging into the strings. It did an admirable job at breaking up—even with the low output of the Strat pickups. My favorite sound was the middle position/clean Strat tone with the Twin’s Bright on and a little Treble added. A very nice start, but I was curious about what else was inside.

I plugged in my Les Paul Custom with Gibson 490 pickups and dialed up a Vibro King. I had to turn down the Input level because I could overdrive it if I chose to, which was a touch I actually liked. The sound was creamy and smooth, and again the reverb shined. I also tried the ’65 Deluxe Reverb and found a great sound playing with my fingers instead of a pick—very responsive and very impressive.
Next up was my old Tele with stock Fender pickups. Right away, I got a nice blues/funk tone with the Pro Junior.
I checked out the pedals and found the Reverb, Phase and Tape Echo (very cool!) to be especially nice. I’m not a fan of germanium fuzz, so the only weak link for me was the Fender Blender—just not my thing. However, in running through all the amps, I was simply inspired to play for the sheer fun of it, which is a high compliment to a piece for software.
Curious to find out more, I asked Fender Guitar Amplifiers’ Senior Marketing Manager, Shane Nicholas, about the company’s involvement in the product. “We made countless suggestions, changes, and tonal tweaks in the same way that we do when we develop the real amps,” he said. “Many of the same people were involved, and who better than Fender to know how these amps behave, sound, and operate?”
Overall, AmpliTube Fender delivers on the goods. Aside from excellent sound and response, the flexibility to mix and match cabs/mics/effects, and the ability to interface with hardware, take it up another step. Sure, they aren’t real Fender amps, but they are truly the next best thing. I’ll be using this on many projects to come. Nicely done.

Buy if...
You are seeking a variety of excellent Fender sounds and are fine with software amps.
Skip if...
You are not a Fender fan and don't like playing through software.
Rating...